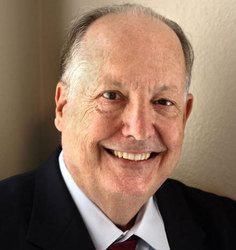 Randy Hey is a respected trial attorney based in Portola Valley, California. He has practiced law since 1971, working much of that time as a prosecutor with the Santa Clara County District Attorney’s Office. Randy’s in-depth experience includes both criminal and civil cases.

While still in Law School, he and his wife, Nancy, traveled to Washington D.C. to work for Ralph Nader. Randy worked on legislation relating to Oil Import Quotas and, with Nancy’s help, authored legislation that set noise standards for American Industry. In the four months between taking the bar exam and learning the results, Randy edited and co-authored A Guide to California Environmental Law — the first California book on the subject, published by Claremont University Press.

After passing the bar exam, Randy joined the Santa Clara County District Attorney’s Office. He tried 49 jury trials in his first nine months in the office. Randy tried his first homicide within 18 months and was given his first death penalty case within two years. During his career in the District Attorney’s Office, Randy supervised the narcotics team, sexual assault team, elder and child abuse team, forensic mental issues team, and homicide team. And for four years, Randy managed the Deputy District Attorneys who worked in the Palo Alto and Sunnyvale Branch Courts. Randy received the first Napoleon Menard award for trial excellence. This award is given to the top trial attorney in the D.A.’s office.

Among Randy’s many accomplishments, the one of which he is most proud, is his successful prosecution of a large corporate chain of nursing homes for elder abuse and neglect. (People v. Guardian) This was the first time a corporate chain was successfully prosecuted in the United States. It led to the closing of some nursing homes and the reorganization of other nursing homes. During the Clinton years, the Federal Government flew Randy around the country explaining to other DAs how to prosecute corporate nursing home chains.

When Randy retired from the Santa Clara County District Attorney’s Office, Randy went straight into private practice, forming Hey & Hey Attorneys At Law LLP with his daughter, Polly. He believes he has tried more jury trials than any other attorney in Northern California. Every year, Randy stays current on court decisions and the latest changes in Equine Law by attending the National Equine Law Conference in Kentucky.

“Many attorneys include equine law as a sidenote to their practice, but Hey & Hey Attorneys at Law specializes in the full range of equine law services. We also have nearly 30 years of experience in the horse industry.”